The Val di Noto is known for its beautiful late Baroque towns (Caltagirone, Militello Val di Catania, Catania, Modica, Noto, Palazzolo, Ragusa and Scicli), which were completely rebuilt after a devastating earthquake in 1693. They were declared a UNESCO World Heritage Site in 2002. You will find charming architectural masterpieces here. 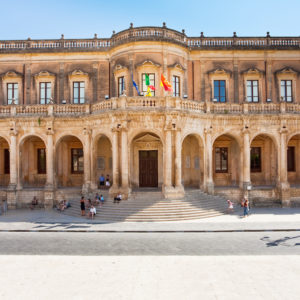 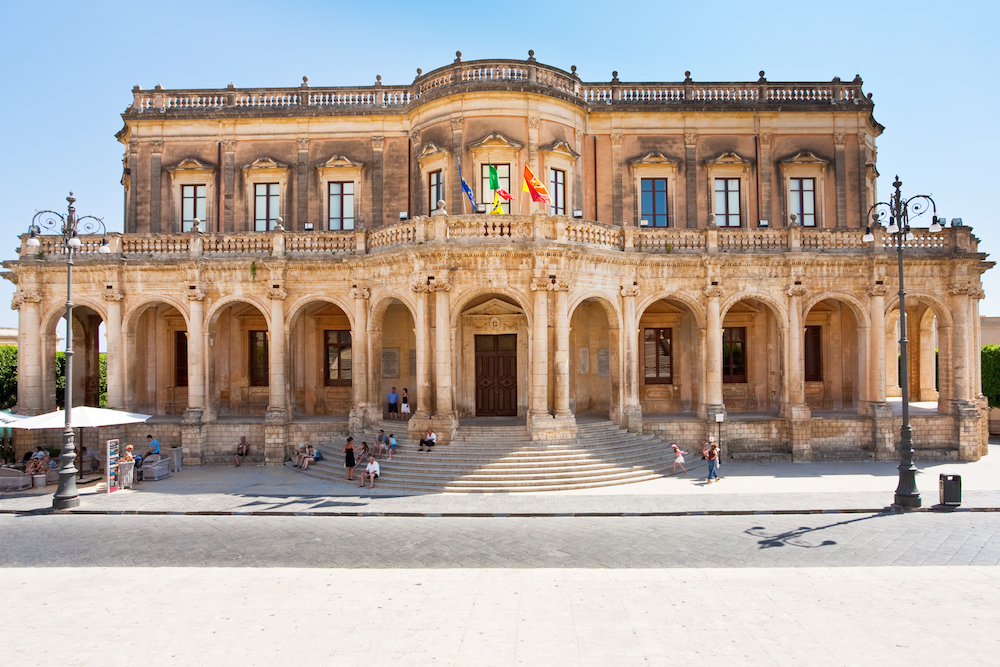 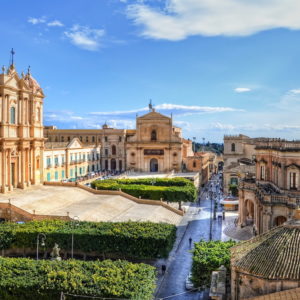 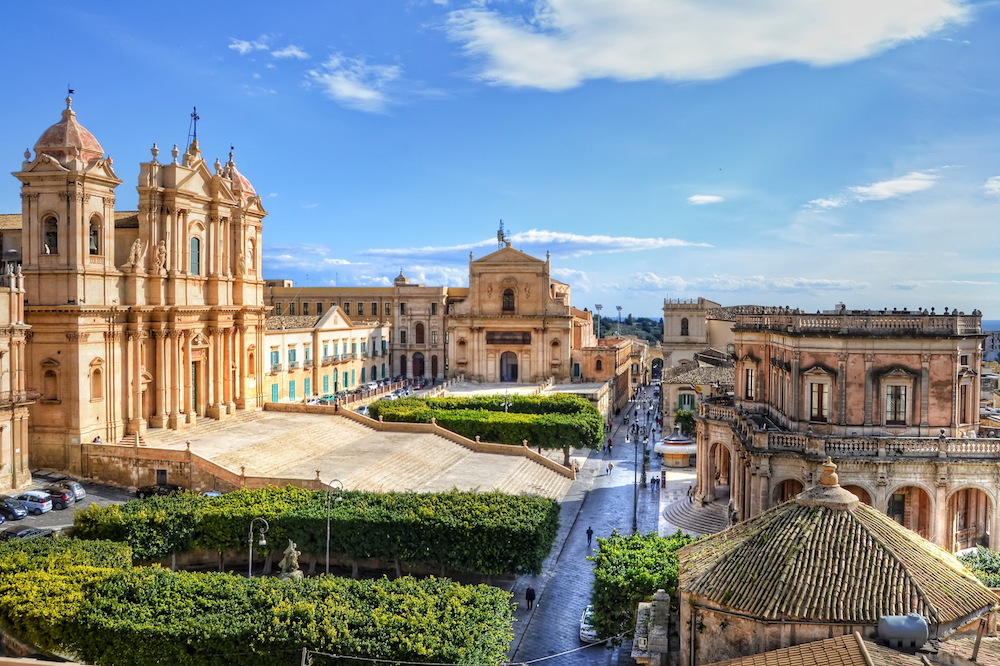 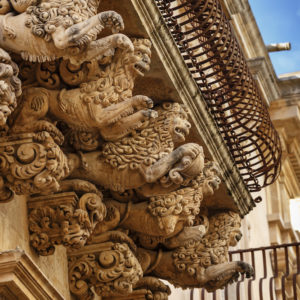 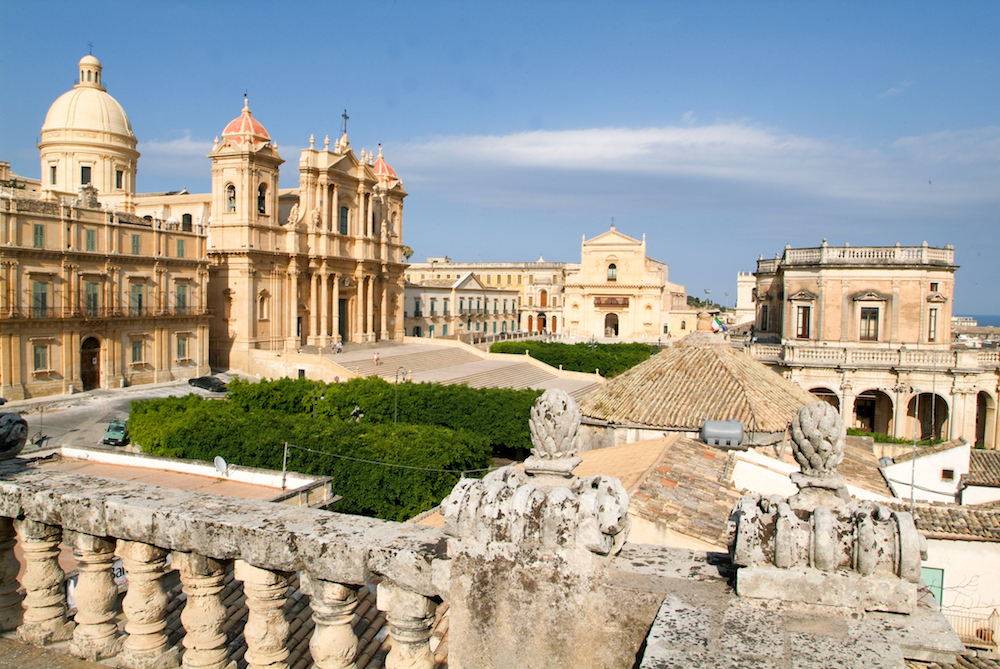 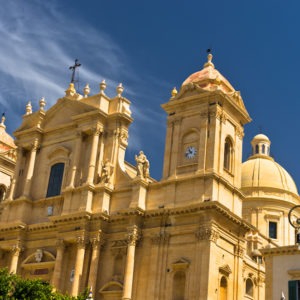 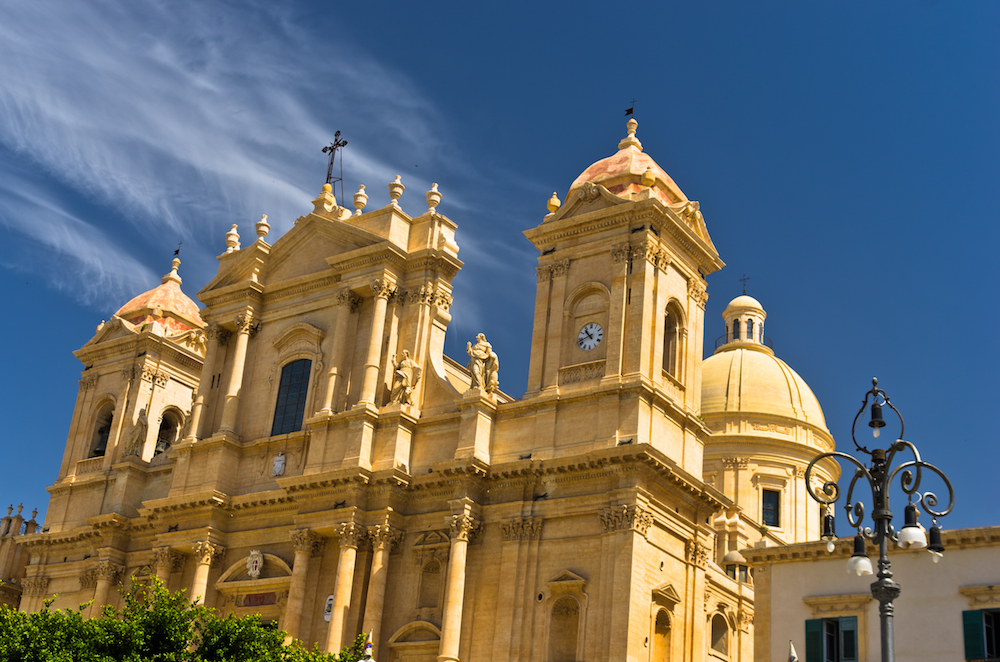 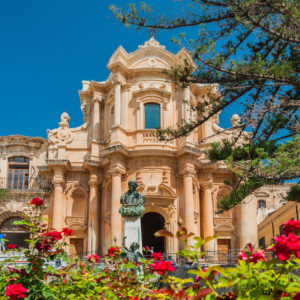 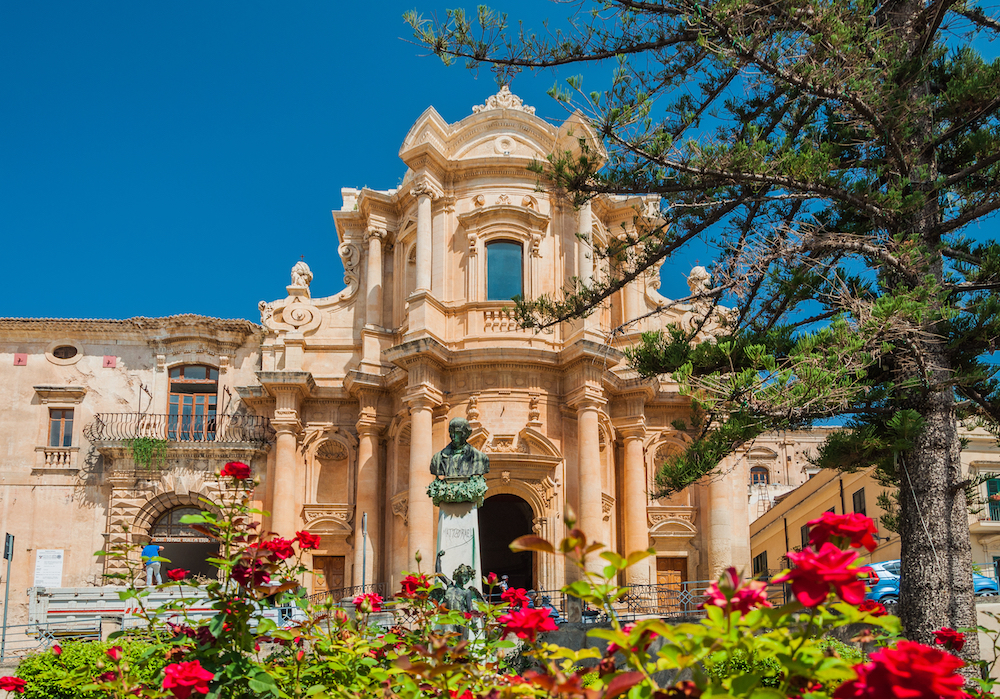 Caltagirone is known for its ceramic production and its Santa Maria del Monte stairs, which are decorated with flowers every May in memory of Maria Santissima dei Conadomini. In Militello Val di Catania you can see the influence of the Benedictines on the reconstruction, the most beautiful buildings include the monastery and the noble palaces Palazzo Baldanza-Denaro and Palazzo Liggieri. Catania, the black lava city, has its very own special charm. On a tour through the vibrant city center, you should, among other things, also visit the Piazza Duomo with the city’s landmark (a black elephant).

The provincial capital Ragusa Ibla is the heart of the Hyblean district, here you can taste the famous Schiacciata in addition to visiting spectacular church buildings. Not far from Ragusa is Modica, known not only for its chocolate production, but also for its long history and prestige. The most famous building here is definitely the San Giorgio church. In Noto, the most notable are the Noto Cathedral, the Chiesa di San Domenico and the Palazzo Villadorata. From the Piazza Municipio you can reach the cathedral via a wide staircase, which was partially destroyed in a severe earthquake in 1996. But it has been rebuilt true to the original. In Palazzolo we find the two magical churches San Sebastiano and San Paolo, as well as an ancient Greek theater, which is located above the town. Scicli was founded by the Sikulers. Was also influenced by the Arabs and eventually developed into a royal Norman city.

Would you like to admire all the towns in the “Val di Noto” during your stay in Sicily? No problem, with our professional transfer service you will arrive at your destination in a relaxed manner. On request, we will be happy to provide you also a guide to accompany you on these days.