The Alcantara river is one of the most beautiful and unpredictable in Sicily. Beautiful for the shapes it takes, for the landscapes it crosses and characterizes. Unpredictable because it can remain dry for long periods and then suddenly fill up with water and overflow. It originates from the Nebrodi Range and goes to enter the Ionian Sea eastwards, a few kilometers away from Giardini Naxos, after crossing many towns and villages in the valley of the same name.

Alcantara, from the Arabic word al-qantàra (which means the vase, or the bridge depending on the interpretations), flows along 53 km and receives the waters of seven tributaries, including the Flascio river which abruptly deviates its course near Randazzo. We would like to suggest a small itinerary along the Alcantara river so to observe the changes and the many ancient monuments and castles all around.

The springs of the Alcantara come out from the Serra Baratta mountain, at a height of 1400 meters, and the waters immediately descend in a torrential way towards Cesarò. This town of the 13th century, enlarged in the Middle Ages around its castle, offers today one of the most beautiful natural scenarios in Sicily: the woods that surround the Maulazzo and Biviere lakes (in the territory of San Teodoro), where beautiful horses, wild boars and wild pigs live.

From Floresta to Castiglione 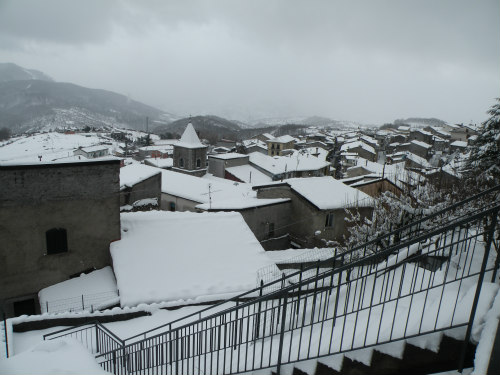 Going down towards the valley, the Alcantara river meets Floresta. The name of the village indicates the ancient forests among which it arose in Roman times. From here you can enjoy beautiful views, you can admire two churches of the 18th century and shops with embroidery made by local women.

Continuing, here is Randazzo, a large town that still preserves its medieval roots: divided into three districts – Latin, Greek, Lombard – and in as many ancient parishes, it shows a Norman architecture of rare beauty, visible above all in the main church of Santa Maria, built in lava stone.

The confluence of the Flascio river in the Alcantara creates in this area a series of aquifers that are evident especially in spring. The tributary river forces Alcantara to deviate into the valley of the same name over which, a few kilometers to the east, Castiglione di Sicilia dominates. Even this large municipality is gathered around a beautiful castle, which can be visited, and has beautiful churches, majestic and rich in works of art. At its foot, the Alcantara begins to enter the gorges through rock jumps that are called Gurne. On the banks of the Gurne of Alcantara there are two ancient Byzantine churches: the Cuba and St Nicola.

In the Alcantara valley we find many small towns like Malvagna, Mojo, Graniti, Gaggi that live thanks 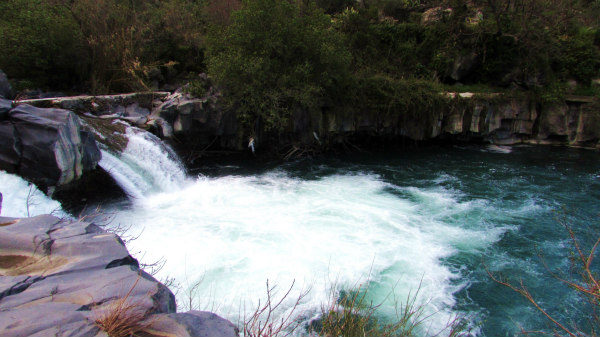 and around these waters. But among them, certainly the most important are Francavilla and Motta Camastra. These two municipalities in fact share the attraction and tourist fortunes of the Alcantara Gorges (open every day from 8am to 8pm, admission tickets around 12 Euro, check website: https://www.golealcantara.it/). It is in fact near Motta that the river goes down by penetrating between very high walls of strange shapes, formed by ancient lavas.

Motta Camastra, whose historic centre is perched atop a mountain, is the classic medieval village that has remained practically intact for centuries. It is certainly worth the visit. Francavilla di Sicilia is a larger, more dynamic town, in whose territory the board that manages the Regional Park of the Alcantara rises. Here you can admire the main church of the Annunciation, the Convent of the Capuchins, the ancient agricultural villages of Schisina.

From Calatabiano to the Ionian Sea

We are already on the way to Taormina when Alcantara touches the town of Calatabiano. At first sight the town does not seem particularly attractive, except for its beautiful beaches and the eighteenth-century main church, but its main beauties are located at the top of the hill overlooking the coast: the Castle and the church of St Filippo Siriaco which here is the protagonist of a beautiful and dangerous “downhill” procession.

The place where the Alcantara flows into the sea is already in the area of the municipality of Giardini Naxos. A paradise for tourist, this “younger sister” of Taormina with Greek roots (“first Greek colony in Italy”) offers its seafront as a monument, plus the Castle of Schisò which is actually an ancient noble palace, an Archaeological Park and a unique panorama over the bay and the lights of Taormina.