Home Blog Mount Etna Show, as you had never seen it before

“We volcanologists of long experience were just watching in amazement ….” These words of Dr. Boris Behncke are good enough to describe and make us understand what the paroxysm of Mt. Etna on February 23rd night was (video by Michele Mammino here). An unprecedented show! No matter how many volcanic episodes one may have seen, no matter how many have been studied. Yesterday the Sicilian volcano broke all personal records. At least so far.

Because Etna loves to amaze, and loves to exceed its limits more and more. As long as it does this without creating harm, it is also beautiful to look at. And last night it seems incredible that there was no damage to property or people. Anyone who witnessed the paroxysm was speechless. 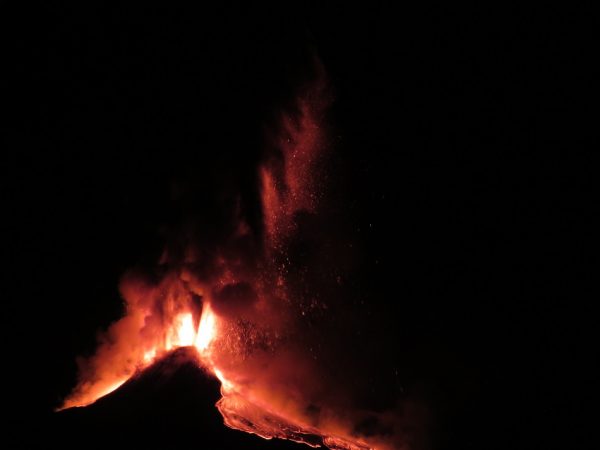 We still report the unofficial statement by Dr. Behncke: “Hard to describe what happened tonight. The simple facts: lava fountains over 1500 meters high, eruptive column 10 or 12 km high. Amazed spectators, even veteran volcanologists! And all this without threatening human lives and property “. The proof that Etna is really a gentleman-volcano and perhaps with all these shows it is only preparing the ground. For what? For the resumption of the Sicilian tourist season. A breath of optimism and hope the island needed so bad!

No danger at all 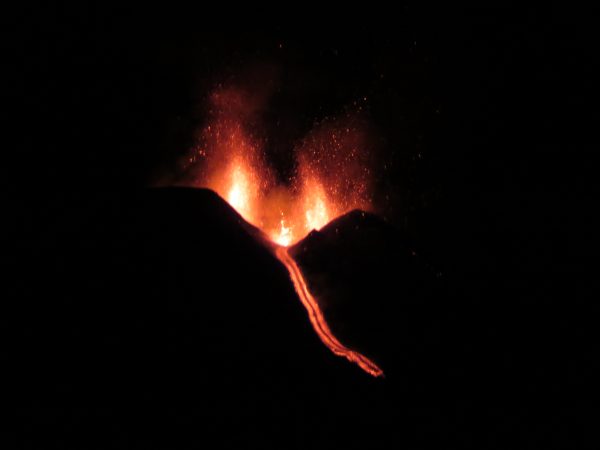 things or people. Despite the powerful jets of lava at incredible heights, which projected enormous incandescent boulders over considerable distances on the territory. Despite the five or six streams of lava that have literally invaded every corner of Del Bove valley. Despite the fallout of lapilli on the south-west side.

Indeed, perhaps this extreme outburst of the volcano is allowing a dynamic energy to be discharged outside which – if retained – could favor fault movements. And therefore very dangerous earthquakes. Volcanoes and earthquakes are only indirectly connected, and it is never certain that one thing leads to another and vice versa. But … let’s face it … when Mama Etna screams like this in the night, her children who live next to her feel reassured, more than scared. (the photos are by Grazia Musumeci)