Home Blog A Holy Nativity inside the lava cave

If you have already come to one of our excursions on Mt. Etna you will certainly know what a lavic flow cave is. If you do not, the best opportunity to find out is to go and explore one. And, as mentioned, you can do it with us or, if you are in the province of Catania during Christmas time, you can go to admire the Holy Nativity inside the cave, in Acireale.

History of the Nativity in the Cave 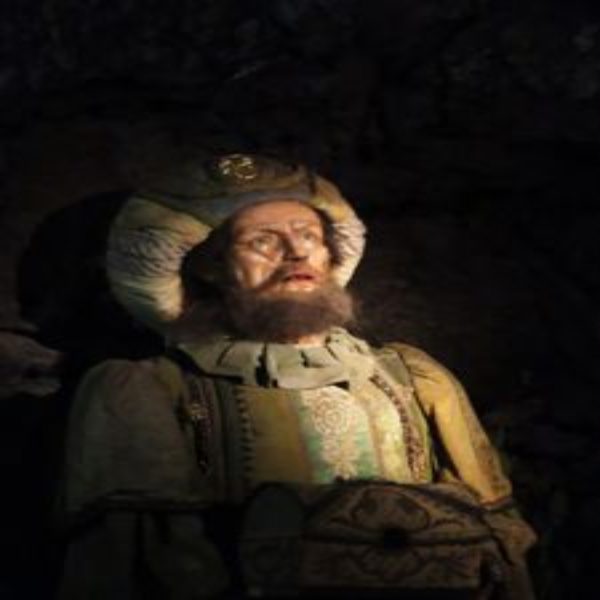 The story tells that on a late summer evening of 1741 a priest, reverend Mariano Valerio, was returning to Acireale along the road that led to the sea when he found himself in a terrible storm. Frightened and drenched, he found a shelter inside a cave created by an ancient lava flow and thus managed to escape the worst damage. Looking around he imagined the effect a crib would have made in that environment and, once he returned to his parish church, he activated himself to make it happen. It took ten years before everything was ready but on Christmas night in 1752 the mass was celebrated inside that cave, at the foot of a beautiful man-sized nativity scene, made up of spectacular wax statues covered with finely crafted clothes! Since then, the crib and the cave have undergone several improvements and renovations and today things appear a bit  changed.

The Nativity in the Cave today

Unfortunately, many characters from the old nativity scene have been lost or damaged due to errors in conservation or aggressive restorations. The remaining ones were re-done with wax faces on wooden bodies. Even many dresses have been replaced over time, and only the beautiful clothes of the three Wise Kings (damasks and silk embroidered with gold thread) date back to the 18th century. Original are also some wigs of the characters of the crib, made with real hair donated by the people! The cave that houses the church dedicated to Our Lady of the Snow was partially walled in time, and completed with a neoclassical façade. Inside there is a marble altar and a masonry ceiling covered with lava stone slabs. The global effect, anyway, is to be still inside a cave and not inside a church. The church – still consecrated and functioning – is nowadays also used as a music hall and, especially in the period between December 8th and January 7th, remains open every day for the delight of tourists. During the rest of the year it is open only for the mass (Sunday or Saturday) and for some special cultural events.

To get to Acireale you have to drive along the A18 Messina-Catania highway and take the direct exit. You can also reach the town by bus, with the AST or Interbus lines from the Catania station. We do not recommend the train because Acireale’s railway station is far from the center and not well connected. The closest airport is naturally Fontanarossa Airport in Catania. To reach the church of the cave (La Grotta) you must follow the State Road 114 up to the traffic lights at the city entrance and, from there, go down the Provincial Road Per Riposto towards the sea. The church is immediately on the left. Very little parking space, though.  (photos Grazia Musumeci)