Home Blog Etna and the eruption that touched Randazzo

Randazzo is one of the most fascinating  towns around Mt Etna. Even today it shows tourists its own precious historical and artistic heritage dating back to the year 1000, when it became a colony of fleeing populations who brought their culture here.

Nowadays the town is divided into quarters – the Greek quarter, the Latin quarter, the Longobard quarter – which recall those testimonies with palaces, arches, churches and monuments. Yet all this risked ending in less than a week, when in 1981 a side eruption of Mount Etna split the soil a few kilometers from Randazzo and expelled rivers of lava that headed towards the town.

After more than a month of small seismic events recorded constantly between the summit area of ??Etna and the north-western flank, at lunch time on 17 March 1981 a rift split the ground at 2,600 meters, near the Mt Spagnolo on the northern slope. The lava began to leak almost immediately, very fluid. It met the snow that had not yet melted at that time of the year, causing violent explosions that shocked the inhabitants of Randazzo. Between 2 and 6 pm, other fractures opened on the same line and other lava branches began to descend into the valley, heading towards the village of Montelaguardia, not far from the center of Randazzo. 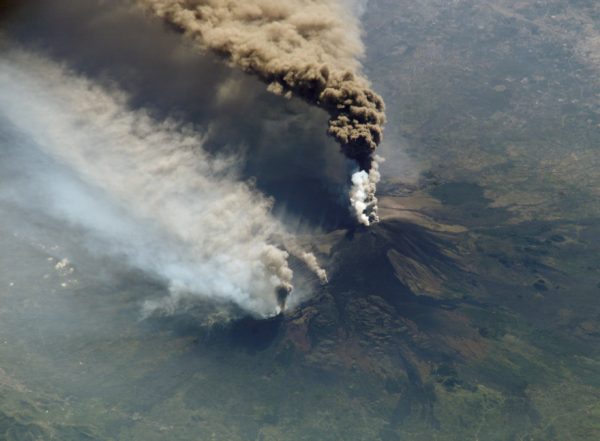 After just 24 hours the lava flow had already dropped over 1000 meters, reaching an area where new fractures opened up and poured even faster lava rivers to the direction of Randazzo. An evacuation plan with trucks and campers was organized in record time to help the population of the first areas of Randazzo who risked being overwhelmed by the eruption.

However it was not necessary to apply it, because the lava lost power once it reached the flat area – unfortunately rich in vineyards, which were all destroyed! – between Randazzo and Montelaguardia. The river of fire also reached the banks of the Alcantara river. If it were channeled there, it would have caused a serious explosion in contact with water and could also have erased forever the beautiful river that flows into the famous gorges.

Fortunately, after the eruptive charge ended, the lava stopped before invading the Alcantara bed. About 30 million cubic meters of material had been issued but Randazzo, except for a few country houses in the outskirts, was not touched.

The danger of lateral eruptions

Etna is a perennially active volcano, which means that despite having at least five functioning craters at the top, it is not always possible to dispose of them for the enormous amount of lava that rises inside it. The volcano, among other things, rises on layers of different materials, some harder born of its own eruptions and other made of clay soil. Therefore it is easy that its immense body fractures and, where the magma pushes against the rock, anomalous ducts at low altitude do open.

This is why the INGV of Catania also monitors the path of the underground lavas with thermal cameras and the signals of the volcanic tremor are recorded constantly. Unfortunately we cannot predict where and when a lateral eruption can start. But we can keep the alert high by perceiving the first anomalous signals.

Later, the Civil Protection can be called well in advance in order to rescue any endangered population and avoid the worst events. The people of the volcano, however, know that they live in contact with a “special” mountain. Everyone is ready, mentally, to live with the risk of a land that is otherwise so beautiful!