Sicily is an island, so the tourist comes here in order to enjoy first of all the sea and the beaches. He is then distracted by natural beauties such as Mt. Etna, or by artistic ones such as churches and ancient ruins, perhaps ignoring what remains to be seen beyond all this.

We propose a somewhat different itinerary. A small trip to the heart of the island, away from the beaches and holiday resorts. But this does not mean that you cannot admire as much beauty, as is found for example between Caltagirone and the town of Piazza Armerina in Enna. You will see that this route will not disappoint you.

Behind this large town with an Arabic name (Qalat al-girani, castle of the caves) lies the myth of ceramics. Despite being far from the famous tourist destinations, in fact, Caltagirone is very well known by tourists who love its ceramics and come looking for them here. Do not miss a walk among the many artisan shops in the old town.
Gathering around its historical core which has risen even more beautiful from the earthquake of 1693, and still showing the baroque splendour of the 18th century, this town explodes with art and color. 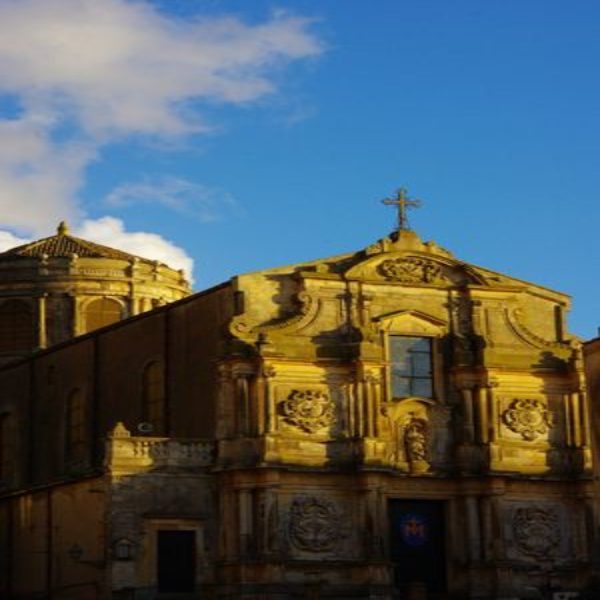 Not only ceramics, which have been produced here since the time of the Greeks and can be found everywhere … even in the balustrades and chimneys on the roofs, but also the palaces and churches are unique jewels. Certainly to be visited: the church of St. Francesco, the church of St. Domenico, that of the Santissimo Salvatore, the church Del Gesù, the Monumental Cemetery and the cathedral of St. Giuliano which dates back to the 19th century.  The beautiful stairway of Santa Maria del Monte (1601) is the jewel in the eye of the place, one hundred and thirty meters of steps finely decorated with painted terracottas. Each ceramic tile is different from the other, and the glance is spectacular both in normal times and on the 25th July, day of the Lumère, when the patron saint, Saint James, is celebrated with light drawings created by thousands of candles placed on the steps.

Heading inland, 20 km from Caltagirone, you will find on your way San Cono. In this small town of 2000 inhabitants, however, you can admire some very interesting churches: the ancient church of San Cono, in rough stone with a bell tower separated from the main body and finely decorated according to the Baroque style inside; the nineteenth-century Main Church which, however, shows the neoclassical style used before the earthquake of 1693 on the façade; the church of the Crucifix which houses a papier-mache statue of Christ. Worth to admire in the village also the feudal palace of the Trigona and the Monument of the Cross.

The Roman Villa of Casale

It is the most known and visited monument in Piazza Armerina, although it is located in the outskirts. Its fame obscures the beauties of the town, and they are so many. Those who go to see the Roman villa do not go then to Piazza Armerina, and this is a real shame.

Villa del Casale is actually much more than a “villa”. It is a Roman residential complex, almost certainly of imperial derivation, with a large central peristyle with a basin and several rooms that open to the north, east and west of it. Inside you find: the baths, a basilica, large and small apartments, a corridor and some rooms probably used as changing rooms or in any case for sports.

Despite the name it is not a piazza, that is a “square”, but a town of 22,000 inhabitants. Ignoring its beautiful old town is a mistake that too many people make, because instead it deserves your visit. More than thirty churches and convents and hermitages dot its territory (Maria Santissima delle Vittorie cathedral, St Rocco, St Stefano, St Giovanni Evangelista, St Ignazio to mention only the most important ones).

Among the civil buildings, do admire the Town Hall, Teatro Garibaldi, Palazzo Villardita, the Aragonese castle. In Piazza Armerina there are also beautiful city parks and a mining circuit that can be visited on the former Floristella-Grottacalda properties