How do those millenary temples manage to resist over the centuries? What is the Devil’s Letter? And what do the Crusaders have to do with the city of almond trees in bloom? Agrigento is not only a district capital and a city with a rich ancient history. Here are kept mysteries that are sometimes disturbing, and certainly intriguing for tourists who will love to discover them, during a tour.

Easy to reach on a one-day trip from areas such as Catania or Taormina, going in the morning and back in the evening, Agrigento is a destination that you should not miss. Especially if you are coming to Sicily for the very first time. This is one of the oldest cities in Sicily and perhaps of the Mediterranean civilization. Founded in 581 BC by the Greeks and a great capital in Roman times, after the Arab devastation and the centuries of abandonment of the early Middle Ages, it was reborn to new life in modern times. Now it must also be rediscovered for its places of mystery! 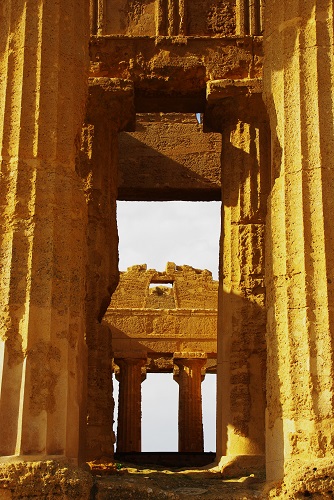 The traditional tour that is offered to tourists in Agrigento is that of the Valley of the Temples and the House of Pirandello. The Valley of the Temples is an expanse that opens at the foot of the rocky hills on which the modern city stands. It is nothing but the religious expression of the ancient Greek Akragas. It is possible to visit eleven temples in fair conditions, three sanctuaries, squares, baths and hydraulic works. The monuments to admire here are the temples of Concordia, Hera, Dioscuri, Demetra. But also the beauty of the almond trees. Especially when they bloom in late February.

The house of Nobel writer Luigi Pirandello is located in Contrada Caos, on the border between the towns of Agrigento and Porto Empedocle. The house-museum contains a few objects that belonged to the great writer. There is also his burial, inside a rock hidden among the olive trees. The main attraction of this place, more than the interiors, are the views. You can enjoy outside the panoramic views of the harbor and the blue sea.

The tour usually also includes a short visit to a natural spectacle that is not too far from Agrigento: the Scala dei Turchi. The white cliffs with the shape of steps (Turks’ Steps) that plunge into the Mediterranean sea are to be discovered and admired. Possibly from a distance, so as not to ruin those fascinating white walls.

However, tourists should also be brought to discover the city itself. The historic center of Agrigento 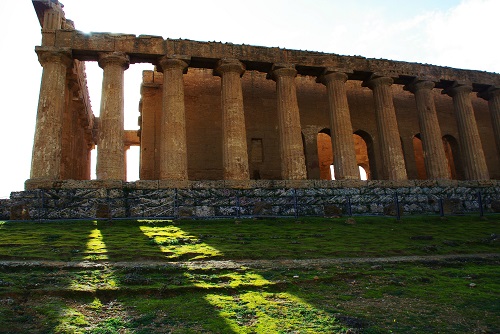 is ancient and interesting. You can admire: the Cathedral of San Gerlando (1099), the sixteenth-century Sanctuary of San Calogero, the crypts of the sanctuary of the Addolorata. Plus, the Norman church of San Nicola, the hundreds noble palaces of the Baroque era, the Monastery of Santo Spirito.

Among these elegant and ancient streets, however, there are mysteries. At the Museum of Agrigento, for example, a mysterious portable altar is kept which used to be in the Cathedral. The Crusaders had found it in the Holy Land and for the locals it was the real altar consecrated by King David.

Who is the mysterious saint jealously guarded in a glass case in the Cathedral? For many it is only St Felice, but the lack of news on this body suggests a strange thesis. That it is actually Charle Magne’s knight Brandimante, one of Orlando’s brave enemies killed by his own sword. Finally, in the bell tower of the same church there is a mysterious letter. It was written in a language that no one has been able to decipher since 1676. Maybe a letter written by the devil himself to tempt a young nun who lived in that year.

And finally … what mysterious recipe have the nuns of the Monastery of Santo Spirito followed for centuries , in order to create their famous sweet cous-cous? Difficult to find out, but very easy … to taste it!

When to go to Agrigento: every season is great to visit this city, although the advice is to go during the Almond Blossom festival (February-March). In those days it is not too hot and you can also visit the Valley of the Temples effortlessly. All spring time, however, is the ideal season.

How to get there: direct buses leave from all Sicilian airports to Agrigento. The most convenient airports are Catania and Palermo for the best road connections. By car you can arrive via the Catania-Palermo motorway exit at Caltanissetta. Then continue towards Porto Empedocle. From Palermo drive along SS 121 exit towards the state street SS189 for Aragona and Agrigento. Travel by train is not recommended.  (photos by Grazia Musumeci)