Lake Gurrida is set on the western flank of Mount Etna, between the municipalities of Bronte and Randazzo. It appeared in 1536 after a side eruption of the volcano. The lava cut the bed of river Flascio and formed the small lake. During the following years, the river’s water found its way out through the cold lava rocks and kept on filling the new lake.

Besides the beauty of the lake itself and of the surroundings, Gurrida is a magic place because of special phenomena you can see over there, depending on the season. Being there while this happens is exciting and you have the chance to do it thanks to the Park of Etna’s routes. They allow you to even enter private properties along the shores.

In the summer, lake Gurrida may disappear for a few weeks. Hot weather and no rain make it dry, but this happens too soon, which is quite weird. The idea is that the bottom of the lake is permeable and “sucks” the water underground. This could explain the many creeks showing up in autumn or springtime in the area around the lake (Favare Santa Venera). They might come from the water expelled from the lavic subsoil. 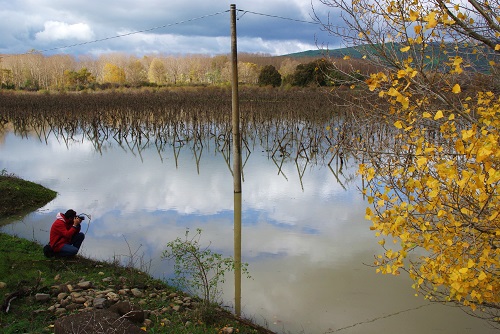 The  flooded vineyards of Lake Gurrida

In the middle of winter or in early spring, when the abundant rains and the melting of snow cause river Flascio to flood, the volume of Lake Gurrida also increases considerably. To the point of overflowing and invading the fields and vineyards that surround it. If you are there at that time, you will be able to admire two “lakes” in one.  And the images of the vines emerging from the water with the Etna cone in the background are enormously suggestive.

Flora and fauna of Lake Gurrida

The vegetation that runs along the lake is made up of poplars, willows, water carnations, brambles and obviously vines in the cultivated areas. The animals that have their ideal habitat here are migratory birds (you can do bird-watching in the special wooden huts), storks, herons and different types of reptiles and amphibian animals. Chance to meet the marsh turtle.

How to get there: from Catania, take the State Street 120 towards Maniace and Randazzo, following 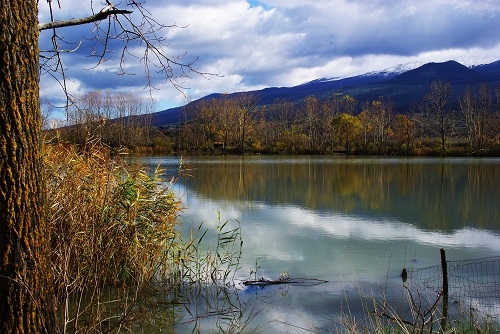 the signs for Azienda Agricola Gurrida. At kilometer 181, turn towards the quarry from which the entrance route starts. From Messina, A18 motorway up to Fiumefreddo exit. Go up towards Piedimonte and Linguaglossa, then continue towards Randazzo and Maniace on the SS 120. The reference airport is Catania.

For access to the lake: basically it is always free, but it is better to contact the Azienda Agricola Gurrida that guards the entrance points. So you will be sure that it is open and in good conditions for a tourist trip. Mobile phone: 3476172116 Email: [email protected]  (PHOTO COPYRIGHT GRAZIA MUSUMECI)