Home Blog Etna, new show and a new crater too

The early hours of dawn on March 4, 2021 began with signs of restlessness in the usual South East Crater. They mainly  manifest themselves around 7 am with the opening of a new small crater at the base of the SEC cone. From the new crater a small, poorly fed lava flow starts and runs aground almost 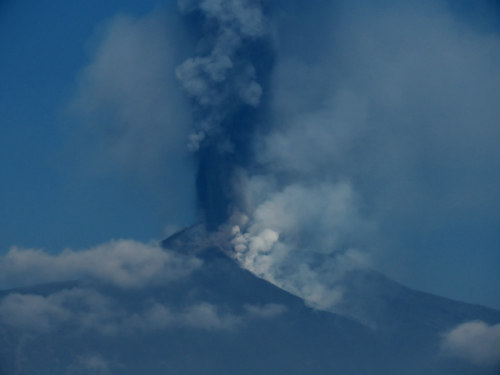 immediately. But this is only the prelude to the new paroxysm – the ninth in 15 days! – which is unleashed shortly after, around 9 am.

The SEC begins the show of very high lava fountains, with copious emission of ash that again creates a huge plume directed towards the sea. In the meantime, the fracture that now characterizes this crater begins to emit rivers of lava that overwhelm the newly born cone and pour deeply towards Valle del Bove.

The paroxysm begins to run out only after 10:30 and as soon as it calms down the volcanologists will go to check what remains – if any – of this new small hole at the base of the South East. And if the future eruptions of this complicated crater will be, from now on, “choral” or still a single solo song.

(the photos are by Grazia Musumeci)