This summer we want to take you around, to discover not only monuments and natural beauties but also the taste of Sicily. And in the heat of summer time, what is better than a rich and delicious salad? Maybe made with the small Pachino tomatoes, precious products of our land?

If you must taste Pachino tomatoes you must be … in Pachino, of course. Better, in one of its beaches, the most famous one: Marzamemi. Just think about it: you, sitting on the beach, sunset all around, good homemade bread, Ragusan olive oil and a season salad plus some good advice to enjoy it.

How did the myth of Marzamemi start? 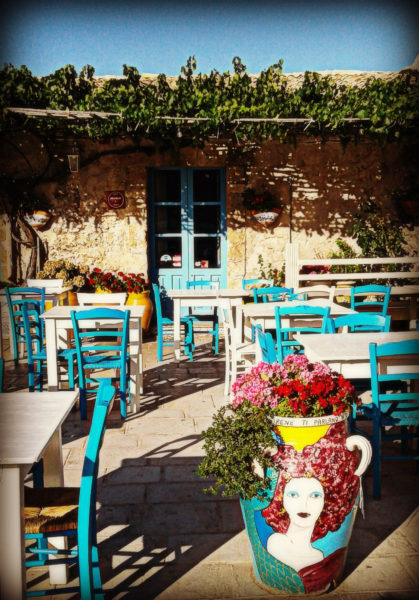 Marzamemi was just a small fishermen village up to the 1990s. Ten abandoned old houses, a wonderful sea, an arabic name meaning “the port of lice” (due to its small size) or “port of the doves” … it was just another harbour between Catania and Siracusa. As the nearby Pachino developed in the 18th century the trade ways moved over there, leaving Marzamemi to the few fishermen who kept on living there till the 1950s. It also had a tuna fish factory, from 1912 to 1926, but with no economic success.

In 1993 the famous film director Gabriele Salvatores chose this small village as a set for his new film “Sud” and the world suddenly realized that Marzamemi was there! The touristic fame made possible also the architectural renovation of the square and of the nearby tuna factory. Marzamemi today looks like a big souvenir market. Pubs, restaurants, shops open on the small square while the sandy beaches are beyond it. Many things are missing and you must go to Pachino, for example, in order to find the bank or the medicines but tourists love to “be lost” in this magic corner of Sicily anyway. Why don’t you try, as well?

To enjoy a fresh salad lying on the beach or in the small square of Marzamemi, you must have these INGREDIENTS: small red Pachino tomatoes as required; red onion from Tropea; a celery; two or three cucumbers; black olives as required; salt, oregano, pepper and oil. Optionally you can also add capers.

PREPARATION: wash the tomatoes, cut them in half and remove the internal juice … but not all of it. 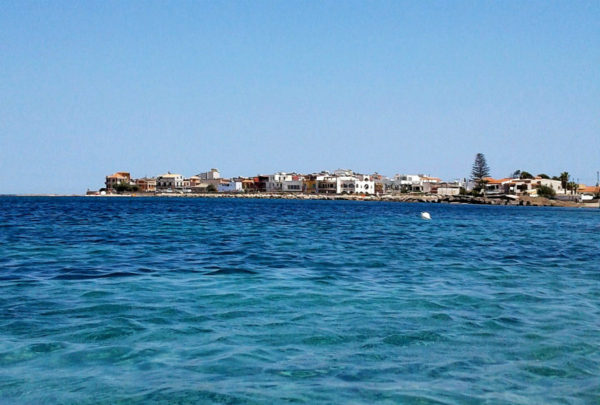 Leave some in order to flavor the seasoning. Wash and finely chop the celery and fresh cucumbers as well. Wash the onion and dip it in water and vinegar for three minutes to soften the burning. If you want remove the seed from the olives, or slice them into small pieces.

Mix everything together, adding also the onion well squeezed. Season with the right quantity of salt, black pepper, oregano and a little oil depending on your taste. Complete with good homemade bread or with croutons to sprinkle with salad. And as the evening falls on Marzamemi … enjoy your meal! (the photos of Marzamemi are by Grazia Musumeci)