Home Blog 10 reasons why you should come to Sicily

An enchanted island, ignored or denigrated for too long, Sicily is a planet apart. This land skillfully blends incomparable beauty with intolerable defects, human warmth and generosity with incivility. A mixture that makes it so real, otherwise it would have appeared too good to be true, too distant.

Sicily is fatalism, expectation, poetic sensitivity and open arms that welcome.
Tourists know it very well and there would be no need to list reasons to choose this island as a holiday destination. But we want to give you ten good ones anyway, if you have never been here, or if you just want to come again:
• Etna
• The Baroque
• The Patron Saints
• The Beaches
• The underground wonders
• Ancient civilizations
• The mountain villages
• The castles
• Granitas
• Arancini (or arancine?)

The highest active volcano in Europe – over 3,300 meters – is a fascinating mountain. Completely included in the territory of the Province of Catania, Etna offers dozens of different environments, from coniferous woods to birches, from highly urbanized areas to lava deserts. Of course, witnessing one of its many eruptions is a privilege that must be seized right away and never forgotten. 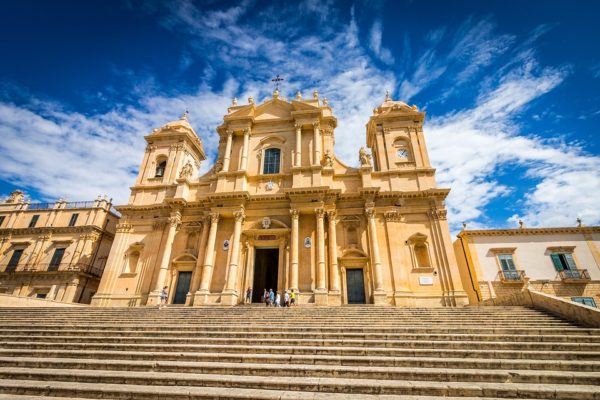 Most part of Sicily was destroyed by a terrible earthquake in 1693 that erased towns and monuments. From those ruins, the island came back to life with the explosive beauty of the Baroque style that is found everywhere in the towns’ historic centres.

The most famous Baroque routes can be found in Noto, in Ragusa Ibla, in Modica, in Scicli, in Catania, in Acireale, in some streets of Palermo, in Trapani. Monuments such as the Town Hall of Noto, San Giorgio cathedral in Ragusa, San Pietro in Modica, San Giuseppe dei Teatini church in Palermo, the Cathedral of Catania and San Sebastiano in Acireale will take your breath away.

Sicilians celebrate their saints with events that mix centuries of paganism and very recent Christian additions. Each holiday here lasts at least 24 hours and some are such a spectacle you will not find elsewhere. The most important are: St.Agata, in Catania, from 3 to 5 February; St Paul and St Sebastian in Palazzolo Acreide, respectively on June 29 and August 10; St George in Ragusa Ibla, usually in late May or early June; St Sebastian in Acireale, 20 January; St John Baptist in Aci Trezza with the fantastic pantomime of “Pesce a Mare” on June 24th. To list them all would be impossible, but there are many web sites that offer calendar of events around the island every month.

With three sides entirely covered with beautiful beaches, both rocky and sandy, Sicily really has no limits for those who love the sea. Coming to Sicily for beaches is really the best motivation. Which is the most beautiful?

Well, you shall decide, we can only list some among hundreds of others, one more spectacular than the other: Isola Bella in Taormina, the Bay of Naxos, Aci Trezza, Noto Marina, Marzamemi near Pachino, Santa Croce Camerina in Ragusa. More: the Scala dei Turchi, Sciacca, the Riserva dello Zingaro, Cefalù, Milazzo and the beaches of the Aeolian islands like the black sands of Stromboli, Salina and Vulcano.

Island of earthquakes and eruptions, Sicily hides in its belly a primitive world that occasionally emerges from the depths of the soil. If you have the opportunity to do it, visit: the Qanat in Palermo, that is ancient Arab aqueducts still working; the Hypogeum of Catania which includes the amphitheater of Piazza Stesicoro; the mines of Caltanissetta and their dramatic stories; the magnificent Salt Cathedral beneath Realmonte (Agrigento), the many sea caves that open along the coasts.

Greeks, Romans, Byzantines, Arabs but also populations who lived much earlier than these have left a priceless heritage of cities, necropolises and monuments in Sicily. We invite you to visit the Valley of the Temples, in Agrigento, the city of Morgantina (Enna), the necropolis of Pantalica, the temples of Segesta and Selinunte but also the churches of Arab architecture in Palermo. 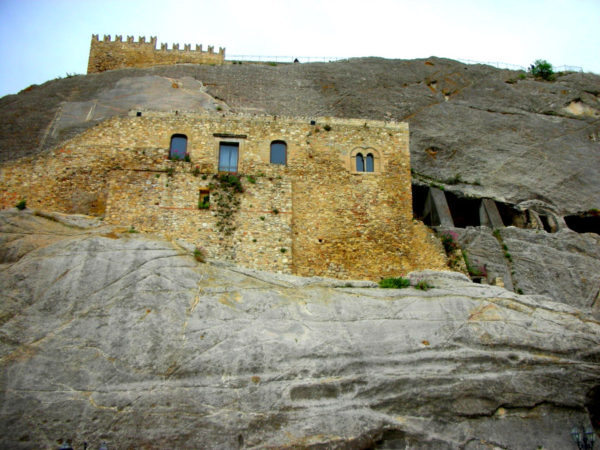 There is also an internal Sicily, far from the sea and from windy coasts. A peasant Sicily, closed, ancient, still tied to medieval legends and traditions. You find it partly in the two cities of Enna and Calascibetta, but even more in villages of rare beauty such as Le Petralie, Agira, Salemi, Sperlinga, Nicosia, Mussomeli, Racalmuto, Gangi, Pietraperzia.

A well-defined tourist route will take you to discover the castles of Sicily. There are so many, we list only a few: Sperlinga, Naro, Racalmuto, Pietrarossa, Mussomeli, Aci Castello, Castello Ursino of Catania, the Tower of Paternò, Milazzo Castle, the Castle of Carini.

The Sicilian granita has nothing to do with the one you might have tasted elsewhere. Forget the crushed ice filled with syrup, but imagine a soft and enveloping ice cream much less fat than real ice cream. Sicilian granita comes from the processing of snow, not ice, and like snow itself it is still soft and delicate on the palate and mixed with the flavours you put in it. Almond stained with a bit of coffee or lemon and mulberry are the best choices.

The arancini … or arancine

For the people of Catania it is ARANCINO, Sicilian male word indicating the fruit of the orange tree (arancio). For the cousins from Palermo, instead, it is a female ARANCINA, because the fruit must be named Italian-style (arancia). The debate has been open for centuries, it has not yet been resolved, but it does not matter: the rice ball stuffed with meat and sauce, or with mushrooms, spinach or tomato and then breaded and fried does look like an orange anyway, and remains an indescribable delicious food to eat.