Mount Etna, 3.300 meters above sea level, is of course the highest mountain in Sicily. It is the highest in the whole Mediterranean area, as well. It overlooks both land and sea and if you cannot see its top, you will see its eternal smoke high in the sky. You look at Mt Etna and cannot imagine there could be anything else, after it. But there is, too. Other mountain peaks stand there, over the clouds. One of them, in the Madonie Range, is the second highest mountain in Sicily: Pizzo Carbonara. 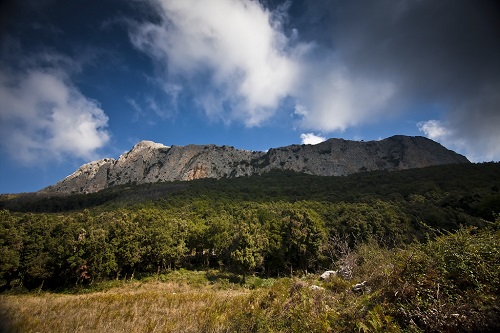 After Etna, in Sicily, there are the Madonie. These mountains that crown the province of Palermo are miniature Dolomites and, like those ones, they have the intact charm of the great ranges. Dominating their beauty, there are three peaks, three “sisters”: Mt San Salvatore, Pizzo Antenna Grande and Pizzo Carbonara.

Mt San Salvatore (1912 meters asl) is the shortest of the three “Madonitan sisters”, but incredibly beautiful with its mantle of beech forests which – especially on the north side – is almost impenetrable. The landscape here is purely alpine and the spectacular view of the interior valleys is a real tourist attraction. Pizzo Antenna Grande (1977 meters asl) also called Princess Mountain  is the intermediate peak, but it is never mentioned as it is part of the central and most imposing body of Carbonara. Therefore it is considered an extension of it.

The real show, the highest peak in Sicily after Etna, however, is only Pizzo Carbonara. Its proud 1979 meters above sea level were reached with the energy of centuries of earthquakes.

We could call it “the vice king” if Etna is the undisputed ruler of the geography of the island. Pizzo Carbonara is not a real mountain but a set of high peaks – it also includes Pizzo Antenna Grande and Pizzo Palermo – which rises south of the city of Cefalù. In fact, this is a barrier that separates the Palermo coast from the interior of Sicily.

It has characteristics very similar to the alpine reliefs of Northern Italy, with valleys, plateaus, small closed basins and forests (mainly beech) that cover a good part of its base. The peaks, on the other hand, are rough, bare, rocky. On the mountain it seems to be in a totally different place from Sicily: the temperature here often drops below zero, in winter, while in summer it rarely exceeds 20 ° C.

The climb to the highest peak of Pizzo Carbonara, at 1979 meters, is a real challenge but the gift that you receive in return is a breathtaking panorama. From up here the gaze reaches the Aeolian Islands, the whole nearby Nebrodi Park with its lakes. You can of course see the cone of Mt Etna in the distance and even the very central Sicani Range. On Pizzo Antenna Grande there is an important water reserve, the Nevaio della Principessa. Wild boars, wild horses run among the forests and native snails and a beautiful butterfly, the Parnassius Apollo Siciliae, live also there.

The municipalities of Pizzo Carbonara

If you have decided to spend a cool holiday in the woods of Pizzo Carbonara, here are the places you can visit or even choose as a tourist residence during your stay. The closest village to Pizzo Carbonara is Castelbuono. 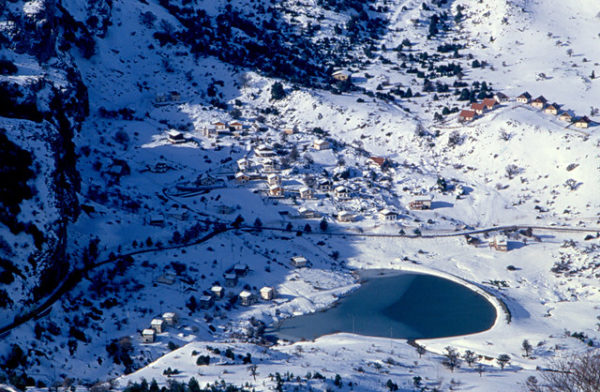 church (the church of the Assumption) and a monumental fountain of the 15th century that crown a maze of narrow streets and stone houses. Castelbuono also houses a very interesting Civic Museum, a Naturalistic Museum and the  hitorical Museum of Risorgimento

Also nearby, Polizzi Generosa with its seventeenth-century convents; the two Petralias – Petralia Soprana and Petralia Sottana – with their medieval houses. Geraci Siculo with dozens of small fourteenth-century churches and a very well-kept historic centre. Not far from Pizzo Carbonara there are also Gangi, one of the “most beautiful villages in Italy” and, on the coast, the splendid Cefalù.