In the municipality of Randazzo, on the northern slope of Mount Etna, one of the most anomalous and intriguing phenomena in the world rises: a perennial glacier, located in the womb of an active volcano. The southernmost perennial glacier in Europe. It is the Grotta del Gelo (Grotto of Ice) , a long gallery derived from the lava flow of an ancient eruption (year 1614) which then solidified. The typical characteristic of the lava stone, which keeps the internal temperatures, and the fact that the cave descends several meters underground with ample space that allows the passage of cold breezes, causes snow and ice to form inside it. And they remain there for so long to supply the entire coast with water in the summer. 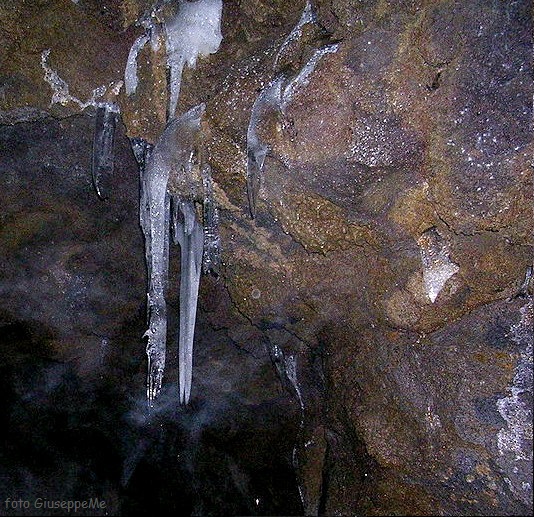 To enter the Grotta del Gelo you reach and exceed 2000 meters in height on the body of the volcano. At about 2043 m, in the lavic desert that from Timparossa rises towards the top of Etna, a crack similar to the opening of a tunnel indicates the entrance to the cave. The first part has the shape of a funnel and narrows as you walk without preventing passage, anyway. At 50 meters from the entrance you find yourself in a larger room where the cave is divided into two tunnels.

A first branch of the tunnel enters through the ice to become very narrow and too small for the passage of man. The second tunnel, on the other hand, descends below it but with larger, viable dimensions, and a large halfway opening that allows communication between the two channels. In this way the snow that slides into the opening during the winter arrives in depth and, even when the initial part melts in the summer, the inner part remains frozen.

The importance of the Grotta del Gelo

The Grotto of Ice runs for 125 meters inside Mt. Etna and descends up to 30 meters below the surface. You can’t cover the whole way because in some places the masses of ice obstruct the passages and moreover in the steepest points it is too slippery and dangerous to try to explore it to the end. Yet it is one of the most popular tourist destinations on the volcano.

The importance of this place is above all, as mentioned, due to the ice that it holds inside  which in the deepest parts never melts. The one that melts in the summer, however, supplies the territories downstream from the volcano with good water, removing the threat of drought. In ancient times, from the eternal snows of this cave the ice creams and the famous sorbets were obtained, which have written part of the gastronomic history of Sicily.

How to explore the Grotta del Gelo

To explore the Grotto of Ice it is necessary to have good legs, a lot of breath, no fear of darkness 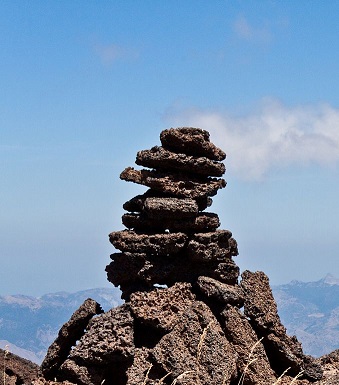 or closed places and practice of mountain trekking.  To reach it you have to walk a lot: you start from the Piano Provenzana car park (Linguaglossa, Etna Nord) and follow the path towards Monte Nero. Here you enter a wood, following the indications partly engraved on the trunks of beech trees. You then arrive at Rifugio Timparossa and from here you follow other stone signs (the so-called “omini” – see photo on the right of Etna Walk) up to the entrance of the cave.

Better to go in the spring – when the snow that stops the entrance melts – and always with an experienced local guide. Clothing must include heavy clothes and ice boots; the ice-axes, ropes, light and the extremely important helmet, never to be forgotten. Make sure you bring water and energizing food, such as small snacks or easy-to-eat foods during your hard walk. Follow your guide’s advice to the letter, avoiding adventurous ideas on your own.