Home Blog Mysteries of Sicily, where to test your fears

If you have already booked your tour on Mt Etna with your guide, you certainly are brave enough to face the steep paths, the roars and fountains of fire of an active volcano. But will you be as brave if you see … a ghost? Or if you hear a scary tale? Or any other mystery of the Sicilian tradition? Here we will tell you about five places where you can try yourselves.

Inside the Archaeological Park of Syracuse everyone knows about the huge cave called “Dionisio’s Ear”. It was the famous painter Caravaggio himself who chose the name, after the grotto’s shape.

And everyone knows you can hear people talking from the bottom of the cave, thanks to a powerful echo. The tyrant Dionisio used to listen to the prisoners’ confessions thanks to that echo. And maybe you will hear his voice still calling your name, too… !

The letter of the Devil

If you can, go to Palma di Montechiaro, near Agrigento. There is a monastery, over there, where  a mysterious letter written in the 17th century is still kept. Sister Maria Tomasi, the nun who read it back then, was such in a shock that she could never tell what was written on it. “Oh please, don’t ask !” she said to the other nuns who were wondering about it. But one thing she could swear: the signature was that of the Devil itself.

You will find it in the Castle of Carini (Palermo). This mysterious handprint appears, on certain moonlit nights, on one of the walls. Legend has it that the young Baroness Laura was killed here by her own father who wanted to wash this way the dishonor of her daughter’s adultery. On those same nights when the handprint appears, you will hear strange noises and screams around the castle! 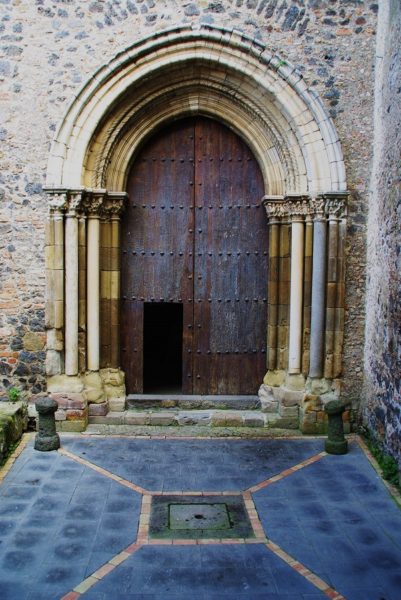 At the gates of Palermo rises a beautiful cave in which a pool of crystal clear water persists. It is said that until not long time ago mysterious rituals of initiation were carried out, there. This is demonstrated by the incredibly perfect thrones carved into the walls.

Another mystery is linked precisely to Etna. It tells the ancient legend of  Queen Elizabeth I of England who, because of her immoral life,  was kidnapped by the Devil as soon as she died. The Devil wanted to take her to Hell by entering through the crater of Mt. Etna.

While they were flying over Bronte, the queen lost one of her royal slippers!! It was found near the Castle of Nelson and is still preserved over there. From time to time it seems  the queen “comes back from Hell”  to look for the precious shoe.